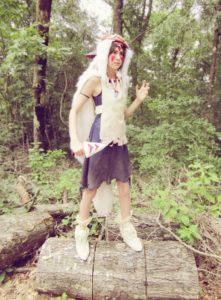 Kiro Maru Kosplay is a lower Alabama award-winning cosplayer/artist who has been cosplaying since 2011 but has been sewing since 2007, she specializes in but not limited to sewing,makeup,props and armor. She is also a fursuit business owner, making those furry costumes on commission She focuses on trying to make her costumes as screen accurate as possible using all of her skills in combination with each other. When Kiro isn’t in cosplay, sewing, or sanding props and armor; Kiro is a big Star Wars fangirl. She has a impressive Star Wars collection of over 130 items. She also loves to play video games, make memes, and eat food.