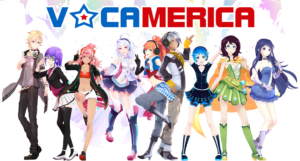 VOCAMERICA is a certified Fan-Produced VOCALOID concert event featuring Western VOCALOIDS and Vocal Synths. The project is the creation of Virginia-based VOCALOID producer EmpathP. The goal of VOCAMERICA is to educate and entertain fans of this ever-growing musical phenomenon with emphasis on the more uncommon Western VOCALOIDs. This is achieved through providing live holographic concerts, lectures, and workshops to conventions and expos all over the world.

VOCALOID is a synthetic vocal software developed and licensed by Yamaha. The principle of the software is to allow users to create synthetic vocals to be used in any and all types of music. Since its creation VOCALOID has gone through 5 generations. There are also a vast number of VOCALOID products available that are only involved in the subculture of VOCALOID directly linked to the various “Mascots” belonging to the software voices. VOCAMERICA’s live concerts feature the mascots for a number of the Western-produced VOCALOID voicebanks.

Here’s an example of the Vocamerica Vocaloids at work!  You won’t want to miss this concert!

EmpathP (aka Aki Glancy) : EmpathP (otherwise known as Aki Glancy) is an American musician, illustrator, and Producer from Virginia. Specializing in the creation of original VOCALOID works, her credits include illustrating the Celtic English VOCALOID “AVANNA” and voice-providing for the American English VOCALOID “DAINA”. Currently she is the manager and sponsor of VOCAMERICA. 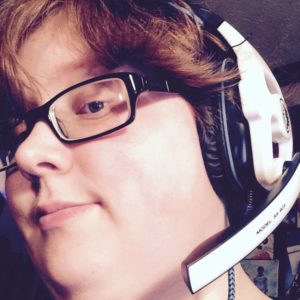