The Society for Creative Anachronism (SCA) is an international living history group with the aim of studying and recreating mainly Medieval European cultures and their histories before the 17th century. A quip often used within the SCA describes it as a group devoted to the Middle Ages “as they ought to have been”, choosing to “selectively recreate the culture, choosing elements of the culture that interest and attract us”. Founded in 1966, the non-profit educational corporation has over 30,000 paid members as of 2017 with about 60,000 total participants in the society (including members and non-member participants).  This is their third year at Tiger Con. 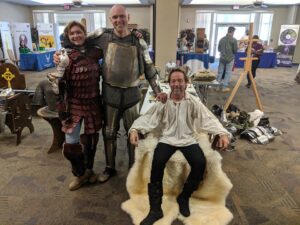 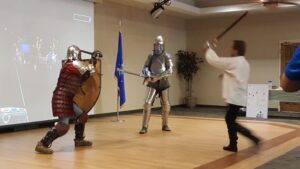